skip to main | skip to sidebar

The Last Days of April

Through the ceiling comes
the rain to cool my lover
and me. The lime carpeting

darkens, and when we cross
to retrieve our glasses
of gin from the mantle, our

feet sink as into drifts
of leaves. We have a deep
thirst, for it is the end

of April, and we know that
a great heat is coming soon
to deaden these passions.

that it is the only noise
in the building, a pot falls
in 2B. The neighbors on

since 1947. The racket
multiplies. The man downhall
is teaching his dog to fly.

The fish are disgusted
and beat their heads blue
against a cold aquarium. I too

lose control and consider
the dust huddled in the corner
a threat to my endurance.

Were you here, we would not
tolerate mongrels in the air,
nor the conspiracies of dust.

We would drive all night,
your head tilted on my shoulder.
At dawn, I would nudge you

with my anxious fingers and say,
Already we are in Idaho.

James Tate
Posted by carol at 2:00 AM No comments:

On Not Finding You at Home

Usually you appear at the front door
when you hear my steps on the gravel,
but today the door was closed,
not a wisp of pale smoke from the chimney.

I peered into a window
but there was nothing but a table with a comb,
some yellow flowers in a glass of water
and dark shadows in the corners of the room.

I stood for a while under the big tree
and listened to the wind and the birds,
your wind and your birds,
your dark green woods beyond the clearing.

This is not what it is like to be you,
I realized as a few of your magnificent clouds
flew over the rooftop.
It is just me thinking about being you.

And before I headed back down the hill,
I walked in a circle around your house,
making an invisible line
which you would have to cross before dark.

Billy Collins
Posted by carol at 11:58 PM No comments: 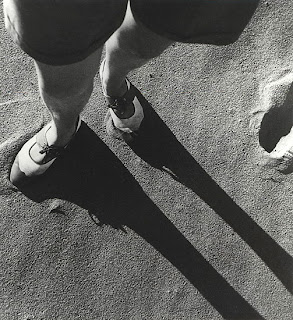